From Several Anxiety Attacks per Day to Nothing in a Year

Since visiting the retreat last year, Craig has gone from several anxiety attacks per day (3-4 major attacks a week) to celebrating 10 months of being free from anxiety and panic attacks.  He has kindly shared his story in the hope that it might inspire others.

Last spring I welcomed a lovely 28 year old guy, Craig, to the retreat who is a bit of an entrepreneur, with a couple of businesses in Glasgow.  First evening of the retreat, we all gathered in the lounge at Garmoran Square for the ‘welcome meeting’ and I did the usual introductions, then invited everyone else to introduce themselves and explain what had motivated them to book the week.

It got to Craig’s turn and he said that he hadn’t planned on mentioning it, but he told us that he had suffered from anxiety and panic attacks all his life.  So much so that despite being a successful entrepreneur and also a college lecturer, the panic attacks were so bad that he would almost never go away on holiday.  In fact he told the group that he'd booked the retreat with the proviso that if he couldn’t face it, he would just not go and would lose the money.  He also said that his anxiety had been so bad that his family had doubted if he’d be able to last the full week of juicing and activities.

I'll fast track to the happy ending and tell you that Craig did last the full week.  In fact, we had a brilliant week with the group and on the Friday morning, everyone made their way out to the car park just as Craig was leaving, to cheer him off for having made it through the six nights !  We were all so happy for him.  And he was certainly feeling the better for the whole experience.  The question left in his mind (and mine too) was how would the experience affect his “normal life”?

Now 10 months down the line, Craig sent me an email this week and I had to ask him if I could share it. Why?  Because almost every week I receive at least one email from someone dealing with anxiety in some way, and it’s the same with almost every retreat.  Anxiety is so much more common than we’d like to think, and I passionately believe that it doesn’t need to be such a huge problem.

So, Craig and I hope that by sharing his story, it might give someone else struggling with anxiety some hope:

“I've said several times per day for the last month to those in my life that I can't believe it’s almost been a full year with nothing more than two ‘wobbles’. And the 'wobbles' have been more 'situational' than 'chemical' - if that makes sense? They’ve also only lasted for minutes. Rather than weeks.

I think my family/staff/colleagues are more in shock than me that I've not had any symptoms in a year.  They were used to me going AWOL for two weeks, several times per year. Out of action. Can't speak. Can't think. Can't function basically. Complete melt down material!  It had been like that for 22 years.  But that’s been almost a whole year without it now.

It's clear cut, measurable, absolutely 100% fact that something has chemically changed for me since the retreat.  Not only due to the week of digestive rest, high nutrition, rest, positivity and support BUT also due to me continuing it afterwards.

Even when I've gone through spells where I've slipped back to my old ways (bad sleep, bad diet, no juicing etc) it has NOT affected me.  My body felt more resilient to that kind of ‘abuse’ to be honest, but I definitely felt the difference between bad diet (surviving) and good diet (thriving) which motivated me to keep getting back on track as I craved the epic health feeling that comes from cutting out all toxins.  Plus I'm really paranoid about my anxiety coming back!  So that's a good whip to keep me on track.

Also, it’s worth mentioning that it's not like I've had an easy year.  Far from it.  It's probably been my most stressful/worrying year, for many reasons BUT none of that has been anxiety, it's just been stress, which doesn't come close to anxiety, nor did it cause an anxiety flare up in any way.

It's so weird to go from several anxiety attacks per day (3-4 major ones per week) to then absolutely nothing.  I'm very aware that I've had MAJOR anxiety since I was 7 years old.  It's definitely boosted my confidence in a 'cure/symptom suppressor' which has then had a compounding effect improving every aspect of myself.  All in all I'm happy with things currently and I'll continue to keep tweaking and improving on ways to keep me on the health track.

I've always known that junk food aggravated my anxiety yet I never actually managed to get rid of the bad diet.  It took the retreat to kickstart/force me to take action on it.  Each day of the retreat that my body went without the junk helped me find it easier to get a taste for the good stuff :-)

There's no going back now, not after all this :)

I'd like to write something for you to share on the website that could hopefully act as a case study/help for others to show the potential of getting their sh*t together and cutting the junk.  Some people I guess just find it too difficult to get started eating right.  It definitely took the retreat to kick start it for me - I'd be in my 40's and still trying to get myself on track.

How will I celebrate my 1 year of being anxiety/panic attack free?  By absolutely smashing 2017!  Look forward to seeing you again soon on another retreat.”

I have to say a very big thank you to Craig for letting me share his story, I know for a fact that this will inspire others to consider looking at diet and lifestyle with regards to anxiety.  I also want to say a huge well done to him.  His story is incredible.  To have gone from being plagued by anxiety and panic attacks for 22 years, to absolutely nothing - what an inspiration.  There was no magic bullet, but he has been dedicated for the last 10 months to prioritising his health and has reaped the benefits ever since.

I am not in any way saying that The Body Toolkit retreat is a cure for anxiety, but Craig's story is as powerful a testimonial as they come, for the incredible benefits associated with 1) cutting out the rubbish in our diets, 2) increasing hydration, 3) introducing vegetable juicing to the diet, 4) investigating the role magnesium plays in anxiety and 5) giving meditation a try.  All of which can be tried at home by absolutely anyone and everyone affected by anxiety. 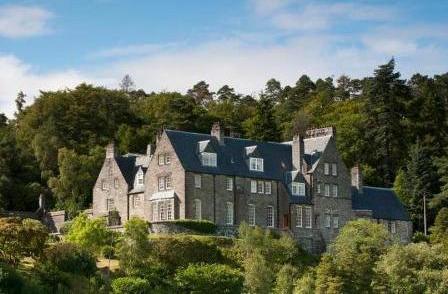 Based in the stunning west coast Scottish Highlands, these gentle retreat programmes teach simple, yet powerful techniques to nourish the body, reduce stress and ultimately help ourselves to thrive.

'The Retreat Was Like Pressing the Reset Button on My Life'

'A New Way of Living At Home' - Virtual Retreat

Teeth Whitening and Detox All In One – Oil Pulling